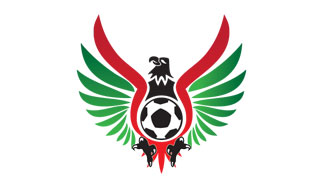 Shehu Dikko, a football administration, marketing and development strategy expert, is a candidate for the Presidency of the Nigeria Football Federation (NFF).
He is a dynamic, result-driven businessman who has the experience of developing several businesses of different scopes from ground zero to enviable heights.
Dikko is very passionate about The Beautiful Game and he is equally armed with a clearly defined vision of how Nigerian football could be run as abusiness with tangible dividends for all its stakeholders and without compromising its social and community significance.
Dikko, who holds an MBA with specialization in marketing and finance, was an inaugural director LMC (Premier League), member of NFF Appeals Committee and member NFF Strategic Development Committee.
Dikko is also a Trustee of the APFON Nigeria Players Welfare Trust Fund.
He was also a member/secretary, Ministerial Committee on Super Eagles Bonus Row and Code of Conduct Drafting-2013 and co-drafted the proposed Super Eagles Code of Conduct document.
Dikko also acted as consultant to the Federal House of Representatives in 2008/2009 and assisted in the drafting of the Act for the establishment of the National Sports Commission (NSC), which was passed by the House of Representatives.
Shehu Dikko has over the last 20 years been involved in football administration/management at all levels from grassroots, state, national and international levels and has garnered huge experience working closely and understudying several top level decision makers globally.
This includes several Football Federation Presidents, League Chairmen, Clubs, Technical experts, Football Business Directors and indeed Ministers of Sports from different jurisdictions including Nigeria since year 2000.
Shehu Dikko, has over the years participated and made huge positive contributions towards the development of football in Nigeria and has drafted as well as co-drafted several strategic development documents in the areas of Governance, Technical and Strategic Development as well as Marketing.
This includes but not limited to the following:
·        2002 – Published (in the Complete Football Magazine of Tuesday October 29th 2002) a comprehensive blue print for the repositioning of Nigerian Football. Complete Football readers voted the article as the article of the year 2002 and recommend for its adoption by the NFF Board.

·        2003 - Drafted the Blue print for the introduction of minimum Welfare Standards for Nigerian Players as well as basic educational development of young players.

·        2003 – Drafted the blue print for the introduction of a Pension Fund scheme for professional footballers in Nigeria.

·        2004 – Drafted the blue print for the repackaging and repositioning of professional football in Nigeria under an autonomous league board. This led to the creation of Nigeria Football League (NFL).

·        2005 – Appointed My Policy Thrust and Marketing Consultant for the Nigeria Premier League (NFL) and drove the successful commercialization of Nigeria League football from meager revenue of N70 million to over N3billion.

·        2005 – Drafted the new organizational chart for the NFF in line with international best practices.

·        2005 – Reviewed the Act 101, on the directives of Honourable Minister of Sport to ensure it conforms to FIFA principles and strengthening of the NFF autonomy.

·        2005 – Reviewed the proposed NFF Statutes on the directives of the Honourable Ministers of Sports in line with FIFA Statutes and principles for the consideration of the NFF Congress.

·        2006 – Developed a defined marketing and strategic development plans for the Nigeria Premier League (2007-2010) and drove the process for several commercial transactions of the NPL to ensure its financial stability.

·        2006 – Developed the blue print for the sustainable financing model for the Nigeria national teams aimed at generating minimum of N2 billion annually.

·        Drafted an Investment My Policy Thrust for the NPL aimed at securing the financial future of the league.

·      2008 – Arranged the summer tour of Nigeria by Manchester United and Portsmouth FC along with Kano Pillars in Abuja – Nigeria.

·     2008 – As consultant to House of Reps, assisted in the drafting of the Bill for the establishment of the National Sports Commission (NSC).

·    2009 – Facilitated a fact-finding tour of UK sports organization/administration (EPL, the FA, Sports Ministry and Legislature) for key members of the Federal House of Representative Sports Committee.

·        2012 – Drove the commercial program of the LMC that ensured the resolution of the financial problems of the league and guaranteed the financial stability of the NPFL. This includes the landmark and record-breaking TV deal worth $34m USD.

·      2013 – Led the team that negotiated the LMC Governance Structure with the Club Owners.

·    2014 – Co–drafted the NFF Club Licensing Regulations and delivered the inaugural lecture to the club owners on the implementation of the club-licensing regime.

·     2014 – Appointed as the Chairman of the First Instance Body (FIB), the statutory body (as prescribed by FIFA) for the Management and Implementation of the club licensing system in Nigeria.
Dikko is also proprietor of Kaduna Professionals, who won the Kaduna State Federation Cup in 2004 under the sponsorship of the then M-tel.
Dikko has always brought his private sector background and initiative into football administration and management with the long-term vision to ensure that football is professionally managed as well as become self-financing and a huge business success in Nigeria as done globally for the benefit of all stakeholders.
Tweet

My professional/business and post qualification career has span over 23 years and has primarily been in the private sector. This ..
Read more

Shehu Dikko involvement and achievements in football administration and management Have been very passionate for the Game of Football and ..
Read more