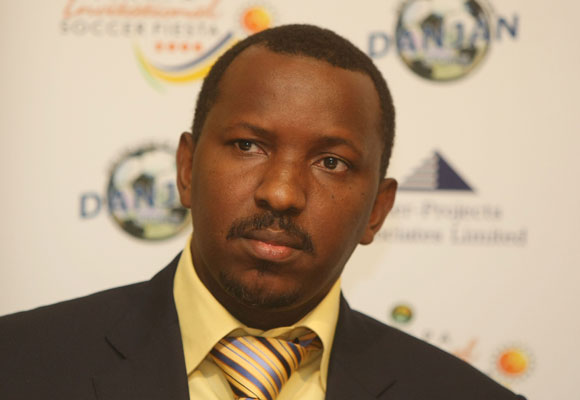 ABUJA: Nigeria's embattled football association on Tuesday elects a new president and executive committee, hoping to draw a line under a leadership struggle that took the country to the brink of a FIFA ban.

The 44-member congress of the Nigeria Football Federation (NFF) meets in the southern city of Warri to determine who will lead the organisation for the next four years.

Seven people are in contention for one of the toughest jobs in African football but Aminu Maiguri, whose time as NFF president has been controversial, has ruled himself out of the race.

Instead, businessman Shehu Dikko, who helped arrange a tour by Manchester United in 2008 and has brokered several tie-ups with the English Premier League, is believed to be the front-runner.

Whoever is chosen faces a tough task of making the domestic game's governing body financially viable and less dependent on hand-outs from the federal government.

The new top table will also have to decide the future of national team manager Stephen Keshi, who has been the subject of speculation that he will quit or be replaced by a foreign coach.

Maigari was widely expected to win a second, four-year term on the back of the Super Eagles' success in the 2013 Africa Cup of Nations and a fourth FIFA Under-17 World Cup win last year.

No-one has been NFF boss for more than a term in more than 25 years and the lack of stability was in evidence in the bitter leadership struggle since Nigeria's return from the World Cup.

First, Maigari was arrested by security agents when he arrived back from Brazil in July, where Keshi's side reached the knock-out stage for only the second time in history.

He was later impeached by some of his executive committee members on corruption charges.

FIFA then imposed an international ban on the grounds of political interference after a court sacked the NFF high command and the sports minister imposed a civil servant to take temporary charge.

The ban was lifted after nine days and Maigari was reinstated because his dismissal did not follow laid-down procedures.

But in August, the secret police detained him again, preventing him from attending an executive committee meeting where the owner of Nigeria Premier League side Giwa FC, Chris Giwa, took charge.

That prompted Nigerian referees, clubs and players to boycott the domestic leagues and FIFA to threaten to again suspend the African champions if Maigari were not reinstated and fresh elections held.

Football's world governing body has warned that any further breaches of election procedure will see Nigeria banned from international competition until its own annual congress next May.

Maigari, a former schoolteacher from the northern city of Bauchi, and other senior members of the NFF, last week sought a court injunction to prevent their further arrest before the Warri meet.