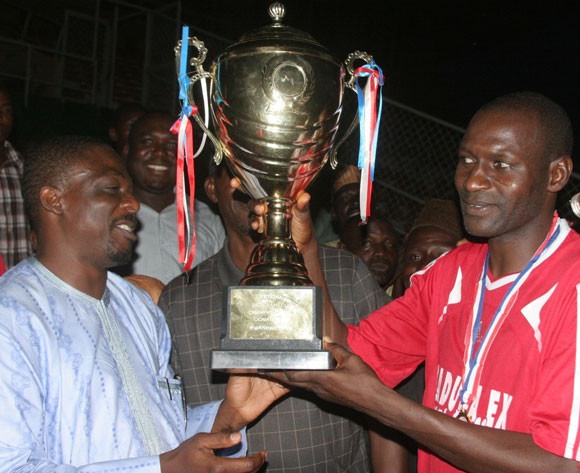 Hosts Kaduna on Saturday won the 7th Veterans Cup after they edged past Lagos 3-2 in the final at the Ahmadu Bello Stadium in Kaduna.

The annual competition, which is for top former internationals, was sponsored by Shehu Dikko.

Winners Kaduna, who lined up the likes of Ishaya Jatau, Taju Oyekanmi and Reuben Jackson, were presented their trophy by Kaduna State commissioner for sports Bashir Zubairu.

Shehu Dikko started for the champions and was later replaced in the second half.

Edo edged Abuja 5-4 on penalties after there were no goals at full time to win third place.

Lagos, who paraded several other stars like Edema Benson, Godwin Okpara and Teslim Fatusi, regained their lead again through Agali before another ex-Eagles star Garba Lawal equalised for Kaduna.

The championship winner was scored by Abubakar Balarabe aka Keegan.

A dinner to mark the end of the three-day tournament was also staged.