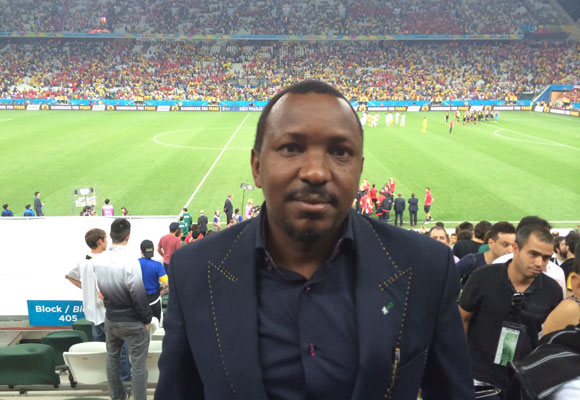 By 2018, the population is expected to mushroom to 13 million, making it one of the fastest-growing capital cities in the world.

The Federal Capital Territory Administration (FCTA) and the Federal Capital Development Authority (FCDA), in realising the demands Abuja’s rapid population boom is placing on the existing infrastructure of the city (still in phase one of the city’s development plan), have embarked on the rapid expansion of phase two to phase four.

The FCTA and FCDA have recently completed the infrastructure development and successful allotment of plots in the phase two districts of Utako and Jabi, but realise that for the timely and efficient delivery of the remaining districts of phase two, the government must partner with the private sector to develop new districts under a public-private partnership (PPP) model. Furthermore, the cost to the government of financing the infrastructure development of districts such as Utako, Jabi and Guzape is extremely high.

PPPs are critical in 21st-century infrastructure funding strategies. The Nigerian Government has realised that funds that would have made a phenomenal and visible difference in healthcare, education, job creation, and social security for millions of Nigerians, were being spent on capital-intensive infrastructure projects such as the infrastructure development of Abuja’s phase two. PPPs also help in strengthening transparency in project procurement and delivery, most notably in issues of over-invoicing and other unethical practices. In addition, due to budget constraints, it took the government over 30 years to develop only 26 percent of Abuja; as such, the significance of private sector participation cannot be overemphasised.

Deanshanger Project Limited (DPL) is a project development, investment, finance and management company with interests in infrastructure development, agriculture, real estate, energy, project management and PPPs, and was appointed developer of the Katampe District on October 19, 2010 after a transparent and competitive procurement process.

DPL would, in line with the PPP framework for the project, design, finance, construct and maintain the infrastructure of Katampe district in keeping with the specifications provided by the FCDA. The PPP arrangement will save the FCTA and FCDA billions of naira and encourage the funds saved by the government to be spent in other critical sectors of the economy. DPL is expected to recoup its investment from payments of development levies by the plot owners within the district.

The justification for the review of the development levy is the fact that it normally cost the FCTA/FCDA around NGN8,000-15,000 per sq m – depending on quality – to provide infrastructure within a district of the FCT. Furthermore, in the open market, all plots within phase one or two of the FCT are sold for around NGN20,000-80,000 per sq m depending on location and infrastructure available. It is also a known fact that within the FCT, only about 10 percent of first time allotees develop their plots; it tends to be the second and third owners, who bought the plot at open market prices, who develop those plots. This new PPP arrangement would allow serious developers to acquire plots directly from the government for immediate development.

The centre of Nigeria

Katampe, comprising 777ha, is the largest and most picturesque district within phase two, and would be the first district to be developed under the new PPP model. Once completed, it will serve as the model for the design and development of sustainable districts, not only in Nigeria but throughout Africa. In fact, the iconic ASO Hills – located in the Katampe District – are said to be the centre of Nigeria.

The scope of the Katampe District project extends to the design, financing and construction of the engineering infrastructure of the entire district. The engineering infrastructure to be provided encompasses, but is not limited to: 69.5km of roads, 6,200 sq m of bridges, 58km of storm water concrete piping, 65km of UPVC piping for waste water drainage, 92km of piping for water supply, a 2nr 33/11KVA substation, 168nr transformers, 504km of cabling for power supply and distribution, street lights, 30km telecommunications ducting, and 1,519 manholes/inspection chambers.

The total development cost of the project is NGN61.19bn (approx. $386m). This comprises the cost of management and designs, construction work, interest payments, equity returns and drawdown, contingencies etc. The construction work is to be completed within three years, while the total project cycle (recovery of investment) is five years.

The part financing requirement for the project, totalling about NGN31.6bn ($199m), was secured by DPL through a consortium of local banks led by First Bank of Nigeria and supported by Kakawa Discount House and Unity Bank. FBN Capital acted as the finance arranger. The financing is to fund the project for the first 18 months, after which the government’s payments to DPL will kick in and will continue on quarterly basis until the 60th month.

The project’s technical team includes NAIRDA as DPL’s engineering, procurement and construction contractors, as well as several consultants of international repute such as AURECON (DPL PMO) and Crest Hill Law Office (DPL’s legal advisers). On the public side, meanwhile, there is Integrated Engineering (independent engineer) and Murty International (PPP consultant/transaction adviser). On the lenders side MACE act as the lenders’ Independent Project Managers (IPM).

DPL was able to successfully put together the technical, managerial and financial requirements to get the project going, and physical work on the project officially commenced on November 4, 2011, with completion scheduled for early 2015.

The story of the Katampe project is a long one, as well as being unique and groundbreaking to the country. FCDA and DPL ensured that the process went through the required rules and due processes, including a competitive bidding process, rigorous negotiations between the developer and the FCDA, certification by the Infrastructure Concession Regulatory Commission, clearance by the Office of the Attorney General/Minister of Justice of the Federation, Federal Ministry of Finance, Office of the Accountant General of the Federation and the Federal Executive Council Approval, among others.
DPL has been pleased with the contributions of the FCTA, the FCDA, the Government of Nigeria – indeed, all involved parties – in pioneering the initiative, which should now speed up the process in getting other similar PPP projects off the ground.

It is extremely pleasing to note that, due to the huge success of the Katampe Project, the FTCA/FCDA are already working on taking up the development of 13 other districts in the Federal Capital City of Abuja through private sector participation. The success of the initiative is obvious when one considers that, in over 30 years, only six districts out of the 60 available were developed within Abuja, but within the last five years, the stage has been set for the development of 14 districts. Developers have already been appointed to these districts, and it is expected that total investments will measure over $3bn.

The structure of the Katampe transaction is such that DPL, as developer, will take the risk of providing technical expertise and part of the funding to execute the project within the specifications, time frame and cost agreed with the government, represented by the FCDA.

The government will thus take the risk of enforcing and collecting the revenues to be derived from plot allotees, including any subsidies, and paying the developers in line with the agreed payment schedule.

Both parties exchanged guarantees to ensure their contract obligations and risks with DPL, providing the government with a performance guaranty and the government providing DPL with a sovereign payment guaranty. Benefits to the stakeholders of the above PPP arrangements include:

– Fast track development of the city;
– FCTA delivery of a project within its core mandate, which will positively impact on the socioeconomic activity of the city, without unnecessary expenditure;
– Free up resources for FCTA that can then be applied to other sectors;
– Project completion and quality guaranteed;
– Increase in sustainable revenue to FCDA from payment of taxes/fees by the property/business owners in the district.

– Will take possession and put to use their plots with complete and world-class infrastructure within three years, instead of the up to 10 years that could be expected otherwise;
– Value added to plots and eventual property anticipated to be over 300 percent;
– Flexible payment structure for development levies.

– Goodwill;
– Fair return on investment;
– Satisfaction of adding value to ultimately deliver a unique project.
Based on the above, it is evident that the Katampe Project is a win-win scenario for all the stakeholders, from developer to government to plot allotees. DPL is delighted to commend the FCDA, under the able leadership of Honourable Minister Senator Bala A Mohammed, and indeed the Federal Government of Nigeria, for taking this transformational route towards district development in the FCT. It is our hope that this project will set the stage for the rapid development of Abuja and Nigeria as a whole.

Board member of the League Management Company (LMC) Shehu Dikko has declared he wishes to run for the office of ..
Read more